Paying tribute to the men and women of the United State’s Armed Forces, past and present. 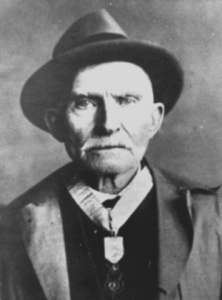 Leander Herron was born December 29, 1846 in Bucks County, Pennsylvania. At the age of 16years, Leander enlisted in the you US Army to serve during the Civil War. His service lasted 1 year, 6 months, and 24 days until he was discharge from disability due to rheumatism and diarrhea. After his service in the Civil War, Leander moved out west where he reenlisted to serve as a mail courier out of Fort Dodge, Kansas.

During his service there is where he would earn the Medal of Honor.